Guy Goldstein, The Mighty Zoo, 2018
Guy Goldstein is an Israeli artist and musician. The song is taken from his record, "Memorable Equinox" that was created during a residency in Northern Ireland, while staying in a 200-year old "Curfew Tower." The complex political situation of the place contributed to his ongoing research on the notion of "noise," exploring it via different encounters between sound and image. The conflicted setting and the long history of physical as well as mental "background noises" colored the "noise" with political hues. The song refers to the Irish mythological goddess of war and to conversations the artist carried out with Raymond Watson, an ex IRA-activist who was incarcerated at the infamous Maze Prison. The song tells of the attempts made by the prisoners to communicate across the cells with sound. Curated by Drorit Gur-Arie, Israel 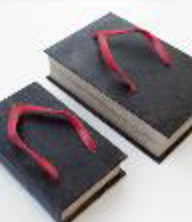